The first exercise was running through a ladder with side steps.  We changed it around and side stepped backwards.  Then we played a game a bit like virus.You had to stand outside and get to the little box in the middle.  If you got caught then you would become a cather.  We were all really good at that game.  We played this twice and then played stuck in the mud.

The Blue team (our A team) played Burhill first and won 5-2.  Burhill had a boy who was really good and hard to run around.  The Red team (our B team) won 5-2 against Grovelands.

The Blue team played Grovelands and won 6-3.  Tom, Billy and Toby scored tries but in the second half Grovelands came back.  We made some changes in the second  half and played more as a team.  The Red team also won.

After we had won our two matches we played each other in the final!  The Blue team won 10-8.

After we had won the tournament we joined all the other teams.  First we had team photos.  Then they said that one person from each of the teams would win a ball.  From the Blue team Daniel got a ball, in the B team Eva got the ball. 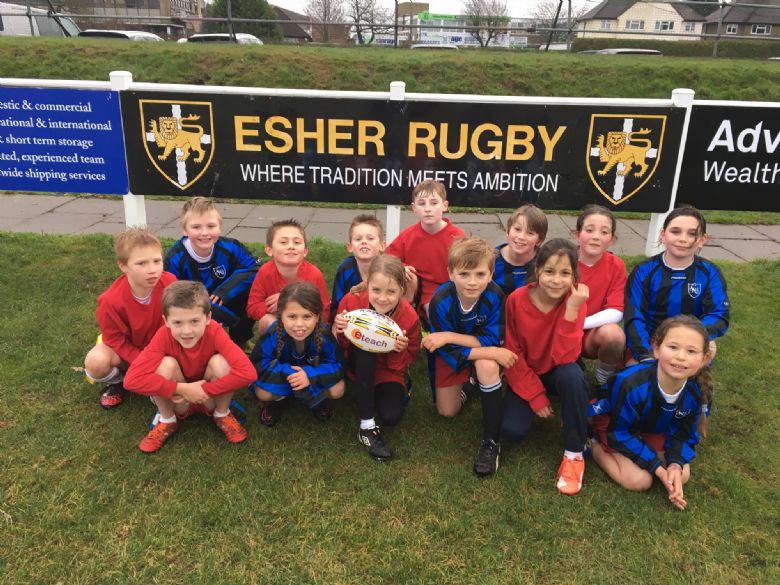