Year 6 fielded two teams at the Bell Farm netball rally on Tuesday 22 March.  Our A team did very well to qualify from their group and then unfortunately lose in the final to a very strong St Ann's Heath team.

Report by Sara Dedman -
On Tuesday 22 March Year 6 went to Bell Farm to play in a netball rally against 12 other schools.  The B team lost all their games unfortunately.  The A team won all their games and got all the way to the final but lost against St Ann's Heath.  They all played very well. 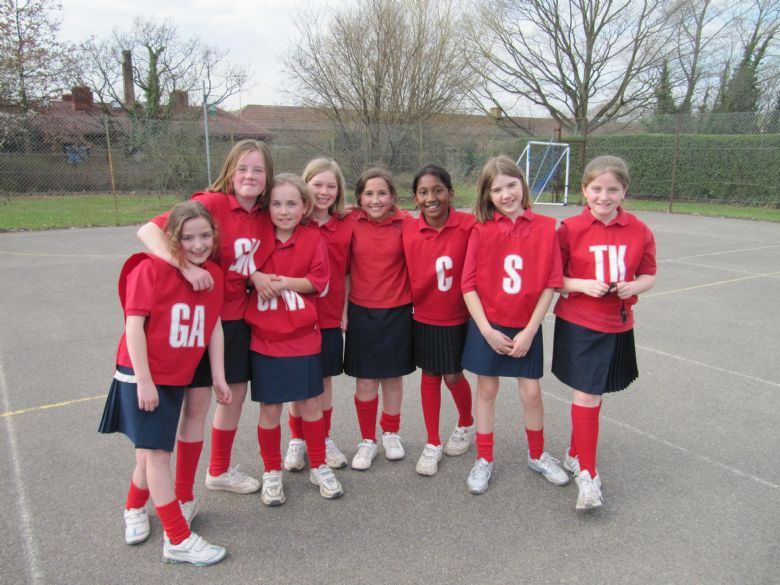